Tonight is the live performance of The Passion on Fox Network. The Passion is a musical about the last hours of Jesus Christ’s life on Earth, and is taking place through the streets of New Orleans; the French Quarter to be exact.  Streets will be blocked off for the processional, which starts at City Hall, as the actors wind through the Quarter and end up at the riverfront stage set up in Woldenberg Park.

If you have a ticket you can get to the stage. If not, you can catch the show on your local Fox channel at 7pm Central.

I was in New Orleans from March 13 to March 18, watching from my hotel room window as the stage along the Mississippi River was being built. The photos below chronicled the building activity for just those days. 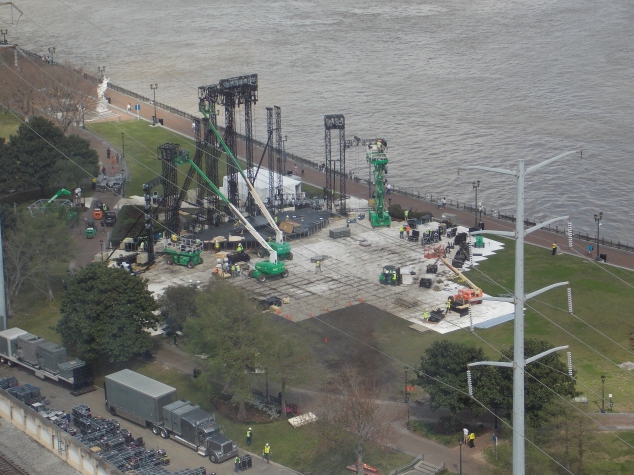 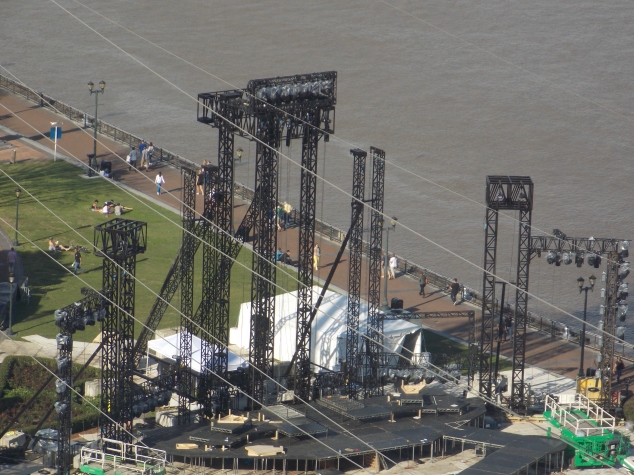 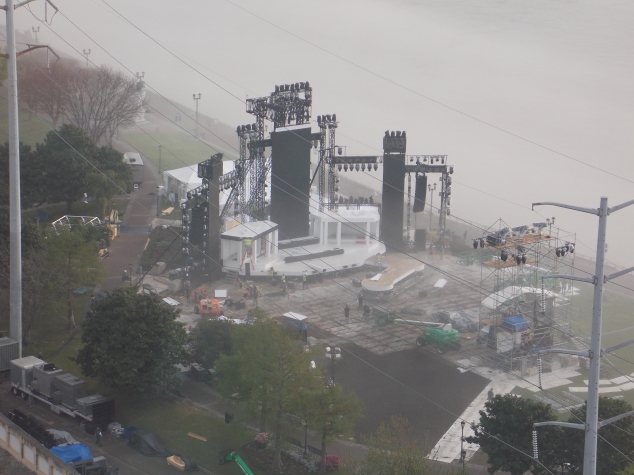 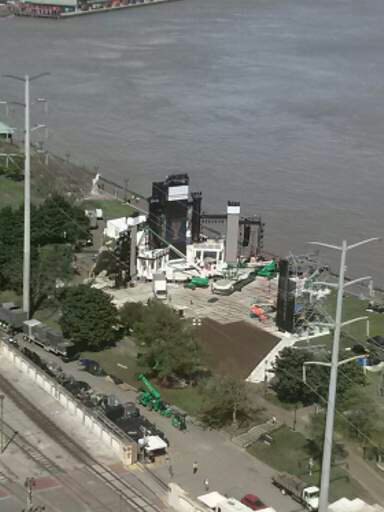 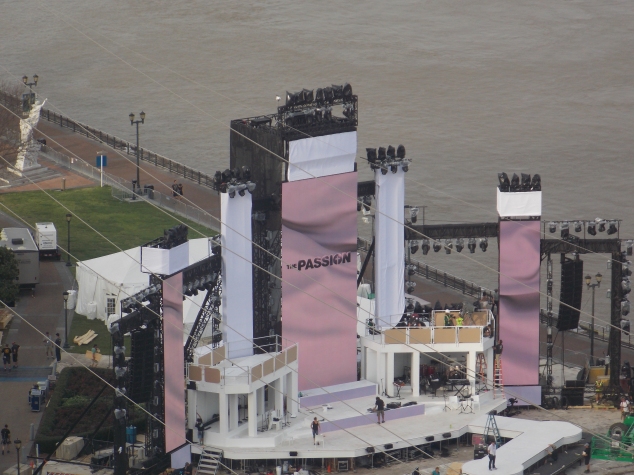